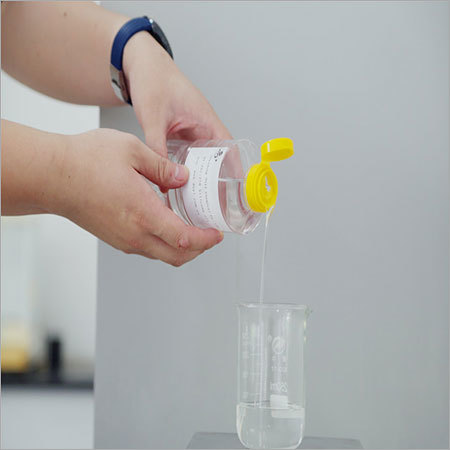 It makes the water surface tension lower down to the 20.5 mN/m at the concentration of 0.1 %(wt.). After the mixture with the pesticide solution at the certain proportion, it can lower the contact angel between the spray and foliage, which can enlarge the coverage of the spray. Furthermore, it can make the pesticide absorbed through the stomatal of leaves, which is extremely effective for improving efficacy, reducing

(1) Used of spray mixed in drum

In general, add Agricultural organo-silicone surfactant (4000times) 5g in every 20kg spray. If it needs to promote the adsorption of systemic pesticide, increase the function of pesticide or reduce the amount of spray further, it should add the usage amount properly. In general, the amount is as follows:

When using, first dissolve the pesticide, add Agricultural organo-silicone surfactant after the uniform mixture of 80% water, then add water to 100% and mix them uniformly. It is advised that when using Agricultural organo-silicone surfactant, the water amount reduced to 1/2 of the normal (suggested) or 2/3, average pesticide usage reduced to 70-80% of the normal. Using the small aperture nozzle will quicken the spray speed.

When the product added to the original pesticide, we suggest the amount is 0.5%-8% of the original pesticide. Adjust the PH value of the pesticide prescription to 6-8. The user should adjust the amount of Agricultural organo-silicone surfactant according to different kinds of pesticide and prescription to reach the most effective and most economical result. Do compatibility tests and stepwise tests before usage.